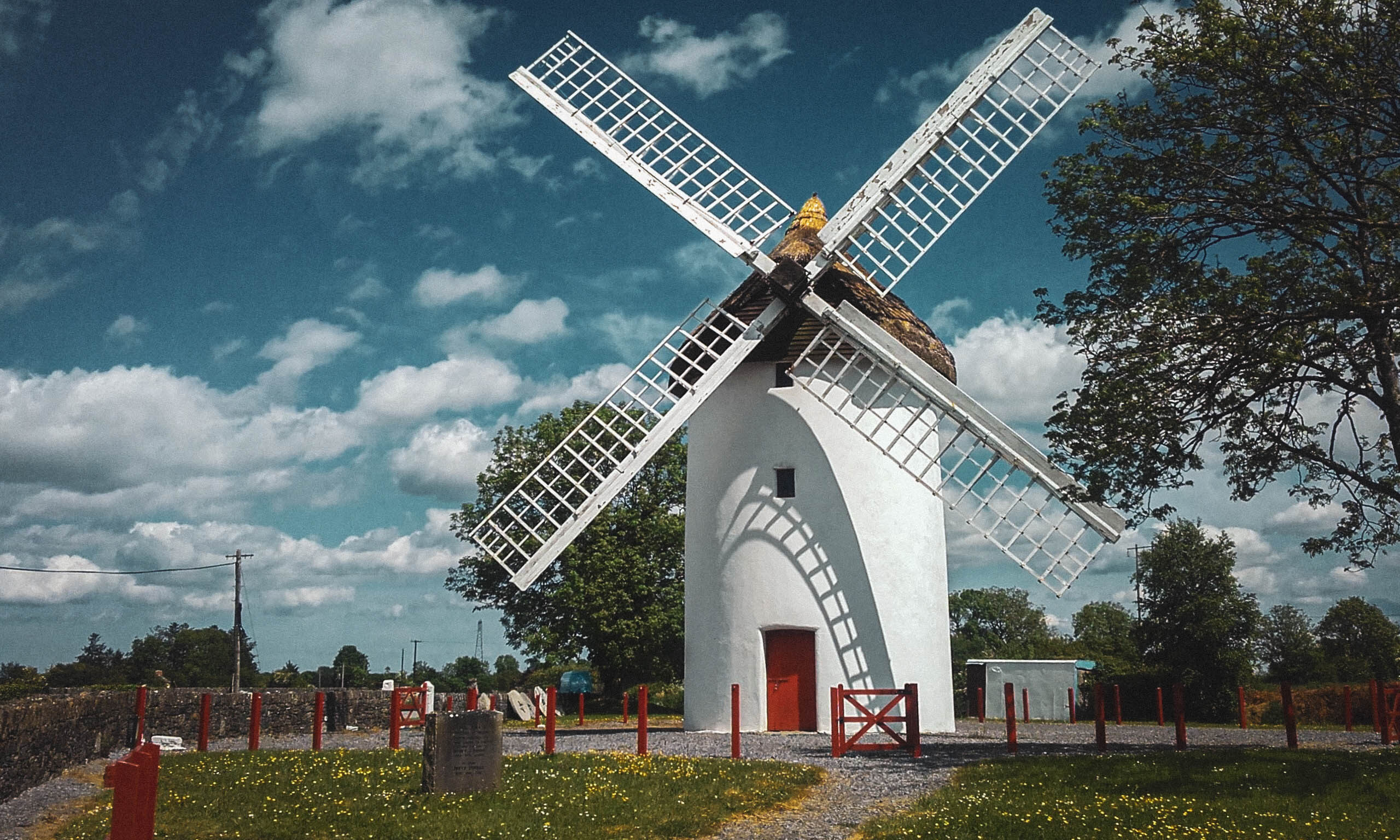 Windmills are wondrous things. Today, in the modern digital era, the mere sight of one evokes romantic feelings and childlike joy in us. Once upon a time, they used to be the heart and soul of economies. It was a very serious business, nothing-to-do with romance matters. Yes, we all know that windmills used to be a different kind of resource. With all that happened between a few hundred years ago when they blossomed and today, all the revolutions and technological progress, windmills have evolved.

Everywhere, people gave them love, attention and care, or often even restoration, windmills have given back. They became the centres of communities once again, inspirational tourist attractions.

The Elphin Windmill has gone through all of the above phases. In the past, it was hugely important for its main purpose – to grind oats and wheat into meal/ flour for the local community and for export to the UK to feed the army. Then it fell into decay.  There is probably something incredibly charming right there in the falling apart bit. We all feel the connection with things that have at one point in history almost fallen apart, ceased to exist as they were. And then, the evolution, metamorphosis happened. This new life and new opportunity for the Elphin Windmill was by no chance an accident. It was a long dreamed desire of the Elphin community. People have wanted for this to happen, they strived towards it and worked on it.

In the mid -1980s a group of people in Elphin formed a committee (Elphin Area community Enterprise Ltd) in order to restore this Windmill which was looked upon as a crazy idea.

In 1992 this 26ft derelict tower and site was donated to Elphin Area Community Enterprise Ltd for a £1 by a local farmer J O’Berne and a project was undertaken by this committee who worked endlessly to raise the funds to fully restore the Windmill. The work was started by 1993 under a FAS Community Youth Training Scheme. It took 3 years to complete this work and was officially opened in June 1996 as a tourist attraction by the famous Hollywood actor Gabriel Byrne whose mother Eileen Gannon came from the Elphin Area. It is viewed as a rare piece of Irish Industrial Architectural Heritage.

Today, people from all over the world come to discover this hidden gem of Ireland’s Hidden Heartlands. People bring their families, come with their friends, organise with their co-workers. We believe the secret lies in the fact that we have all been knocked down at some point in our lives. The Elphin Windmill reminds us all that we can stand up again. With a bit of love and dreaming big, nothing is impossible. And we don’t have to be our old selves. Becoming new again, with new purposes and goals is what life can be about.

We are proudly inviting you to plan a trip to the area with the Elphin Windmill in mind , where an exciting, unique spirit of true Irish welcomes awaits you. 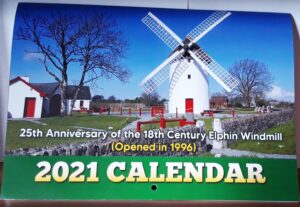 Our calendar this year is a very special and limited edition to celebrate the 25th anniversary of the opening of our lovely Windmill in 1996. 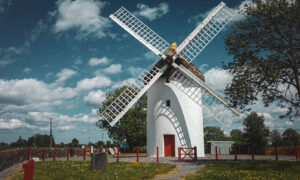 Windmills are wondrous things. Today, in the modern digital era, the mere sight of one evokes romantic feelings and childlike joy in us. Once upon